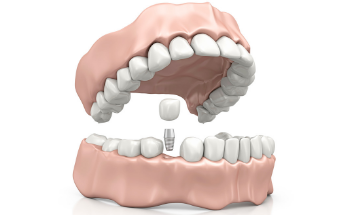 Dental implants went through a long and experimental history before they were refined into the titanium-retained roots we all know and love. Before dental implants in Nottingham became the go-to treatment for missing teeth, they needed to go on a journey of development and betterment. There is technically an inventor of the modern dental implant, but their beginnings stretch back much farther…

The first dental implant on record was placed over 1,300 years ago, as far back as 600AD. It was found while excavating a Mayan burial site in Honduras in 1931. A jaw bone belonging to a young female at the site was found to contain three tooth-shaped pieces of shell and stone in some empty tooth sockets. At first, the implants were hypothesised to have been placed at the time of burial for cosmetic reasons after death, but further examination said otherwise. The bone had compacted around the shell fragments, meaning that the bone and the young female were alive at the time of the implant placement. This is perhaps the earliest indication that bone could heal around an artificial material, which forms the greater part of the study of implants in more recent years.

Modern dental implants marry form and function perfectly – they look like, feel like, and work like real teeth. Ancient dental implants could never marry tooth function and tooth appearance in their tooth replacement systems, but they did try! For example, the Ancient Chinese sought to restore mouth function over cosmetic by replacing missing teeth with shards of bamboo… Ouch. This would allow for biting and chewing, but not the most cosmetically appealing smile. The Ancient Egyptians, on the other hand, focussed more on cosmetics for burial purposes that was originally attributed to the Mayans. Tooth replacements such as jewels, rare stones, and even other human teeth were used to fill the gapped smiles of their dead. This didn’t help much with function, obviously, but it was thought that having a ‘complete’ body would aid their smooth passage into the afterlife.

Dr. Per-Ingvar Brånemark is who we have to thank for the titanium root of a dental implant, which was first discovered in 1952. He realised that titanium was biocompatible when, during a study, he placed a titanium screw in a bone that he found he could not remove some time afterwards. It appeared that the titanium had encouraged the bone to heal around it and compact it into place, leading to the long development of the dental implant. Many research studies were published, and he have Dr. Brånemark to thank for the strong and sturdy implant we place in Nottingham today!

Dental implants are an entirely safe and effective method of replacing missing teeth, and we promise not to use bamboo shards when restoring your smile. Step away from the shells and the tooth-coloured stones and visit the professional dental team here at Beeston Dental Practice. To book your initial consultation, get in touch on 0115 9254 169.